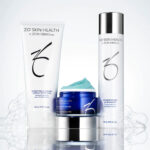 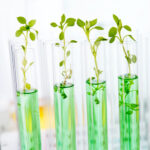 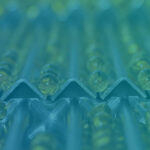 Methyl B Complex is formulated with eight essential B vitamins, choline, inositol, and folate to support energy production, and immune, cardiovascular and neurological health.

A wide and complex variety of B vitamins is essential for the body to convert food into cellular energy. These water-soluble groups of vitamins are first absorbed in the small intestine and then travel to the liver where they are biotransformed into their active coenzyme forms. One of the key roles of B vitamins is to serve as prime coenzymes for the Kreb’s cycle, the biochemical pathway responsible for maintaining energy production. In addition, B vitamins, particularly folate, B6 and B12 are critical for proper methylation, a biochemical process that helps convert the problematic amino acid metabolite homocysteine into the amino acids methionine and cysteine. This process is vital for supporting cardiovascular and mental health, a healthy nervous system, regulating gene expression, proper energy metabolism, as well as immune and nerve cell function. Additional intake of B vitamins is often needed by individuals with high levels of stress.

Methyl B Complex is a balanced and comprehensive supplement that includes eight essential B vitamins, along with choline, inositol and folate as Quatrefolic® -100% 5-MTHF. The high-quality ingredients included in Methyl B Complex help build a healthy micronutrient reserve to support energy production in the body.

Folate is a water soluble member of the B complex vitamins that is critical for maintaining optimal methylation. Folate is found naturally in foods such as fruits and dark leafy vegetables, but can be easily destroyed by cooking or processing. Additionally, enzyme defects, malabsorption and congenital deficiency of 5-methylenetetrahydrofolate reductase (5-MTHFR), an enzyme required for the conversion of folic acid to its bioactive form 5-methyltetrahydrofolate (5-MTHF), can result in an impaired ability to activate folic acid. In individuals with a genetic defect of this enzyme, supplementation with 5-MTHF has been shown to be beneficial. 5-MTHF is required as a methyl group donor for the production of mood regulating neurotransmitters such as serotonin, the synthesis of melatonin, as well as DNA production and repair.

While naturally abundant in whole grains, thiamine is lost in many of the over-processed grains commonly consumed today. Thiamine is an essential co-factor in the production of ATP in the cells’ Kreb's cycle, and is also needed for the metabolism of fats, proteins and carbohydrates.

Riboflavin is a precursor to flavin adenine dinucleodtide (FAD) and flavin mononucleotide (FMN), both of which are central to energy production, intermediary metabolism, and act as powerful antioxidants. Riboflavin-depleted cells have been found to display signs of greater oxidative stress and disrupted energy generation.

Vitamin B6 is involved in over 100 enzymatic reactions in the body and is essential for gluconeogenesis, lipid metabolism, neurotransmitter formation, immune health and hormone modulation, and is essential in methylation, for the breakdown of homocysteine.

Vitamin B12, found only in organ meats, seafood and egg yolks, often becomes deficient in vegan and vegetarian diets. The vitamin is essential for the metabolism of fats and carbohydrates, the synthesis of proteins, and also plays a role in regulating mitochondrial enzymes and energy metabolism, as well as neurological health.

Synthesized by the bacteria in the gut and in certain foods, biotin and its cofactors are involved in metabolism of fatty acids, amino acids and the utilization of B vitamins.

Though not technically a B vitamin, choline is often associated with the B vitamin complex. It is important in the construction of cell membranes and plasma lipoproteins, plays a role in cell signaling and in the synthesis of acetylcholine (a neurotransmitter), and is vital for brain development.